Linen is a lightweight and breathable fabric, used extensively in warmer climates. Linen fabric is traditionally made from flax, a finicky plant that requires a good deal of attention during its growth; for this reason (and because linen has no elasticity, making it more difficult to weave), linen tends to be more expensive than cotton. The production of quality linen fabric is highly dependent on growing and harvesting procedures.

The flax plant is either completely pulled out of the ground or cut close to the root, and the seeds are removed through a process called winnowing. Fibers are loosened from the plant stalk through the retting process, and are then ready for the scutching procedure.

Scutching occurs between August and December, and involves removing the woody part of the stalk by crushing it between two rollers, leaving the fibers exposed. Shorter fibers are combed away, leaving only the long, desirable flax fibers behind. The history of linen fabric is not nearly as well-documented as that of cotton and silk, though it is the oldest of all fabrics, and evidence of linen has been found in Swiss lake dwellings dating from 8000 BC. It may simply be that flax was taken for granted.

After all, families in every country around the world had their own flax garden; it was just as natural an occurrence as fetching water from the well. However, the earliest mention of linen fabric comes from ancient Greece, where the evidence of a linen industry is shown on 4,000 year-old tablets.

Evidence of linen’s durability is shown in its use in ancient Egyptian mummification; the linen wrappings of King Rameses II were nearly perfectly preserved after more than 3,000 years.

Today, Belarus dominates in flax and linen production in both quantity and quality. Linen has traditionally been regarded as the “workhorse” of fabrics, relegated to use in household textiles like towels and aprons.

However, since 1970, linen fabric production for apparel has increased from 5% to 70%. Though the feel of linen fabrics is less smooth than that of cotton, it is highly absorbent and far more durable. While this makes linen fabric perfectly suited for table coverings, bed coverings, curtains, and other household textiles, its durability, light weight, and breathability make it ideal for pants, shirts, and outerwear.

Linen is also a favorite in the kitchen, its insulating and cooling properties making it ideal for oven mitts and napkins. Although the term “linens” now refers to any fabric that is used for bedding, towels or place settings, linen fabric will always be a superior choice for quality home décor, napkins, tablecloths and breezy summer wear.

Linen can be machine-washed and requires much less care than silk or cotton, though it does have a tendency to wrinkle. Ironing of linen should be done while damp, and only to remove wrinkles, never to dry the fabric; linen should be laid flat to dry. Linen can also attract mildew, so it should be dried thoroughly after washing and before storage. 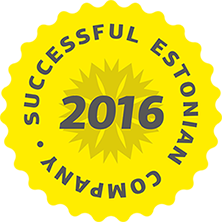